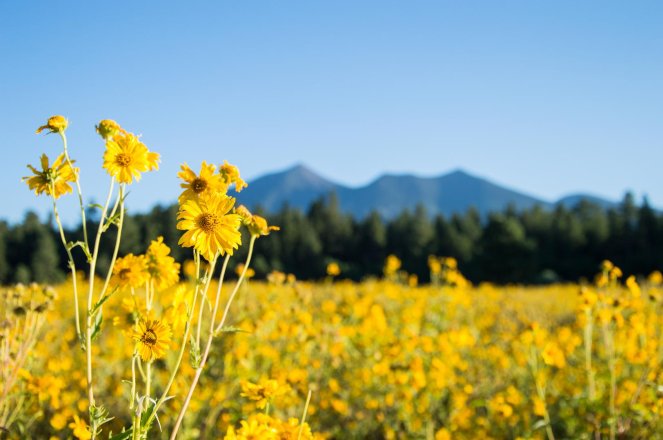 Hay fever is a common condition where you have an allergic reaction to pollen or dust and is at its worst between March and September when pollen count is at its highest. See figure 1 for a microscopic image of pollen. With hay fever season upon us, the itchy eyes, rashy skin, and runny noses are bound to make an appearance. While these symptoms can be irritating, the long-term effects of struggling with hay fever can be much more sinister. Recent research has suggested that there is a link between hay fever and mental health issues; could your allergies also lead to feelings of depression?

Researchers at Psychology Today have been suggested that there is a link between depression and hay fever. Studies have found that your psychological health is intrinsically linked to your sinus and nasal health. Harvard Medical School found that in patients with chronic nasal problems, a blocked nose was connected to an increased risk of depression. Poor sleep, along with feeling under the weather for a prolonged period, are important factors while struggling with hay fever. The emotional burden of struggling through this is huge and is suggested to be a causal factor for depression. Studies have found that teenagers with hay fever had “higher rates of anxiety and depression, and a lower resistance to stress”.

To try and counteract the effects of hay fever and hay fever-linked depression, studies suggest a healthy diet high in fruits and vegetables. While eating a healthy diet is not a cure for depression, it can certainly help. It may be difficult to buy, cook, and eat three meals a day, so it may be best to take little steps to see if this works for you. There is no one-size-fits-all approach to treating hay fever-linked depression, but making sure you take care of yourself is a good start to feeling better on the inside. Always discuss with your doctor to try and work out a plan that will suit you best.

Even further research into how we can tackle depression, especially in the summer months when depression induced by hay fever is at an all time high, suggests that LSD and magic mushrooms can help to heal damaged brain cells in depression sufferers. Previous studies have found that DMT, a hallucinogenic drug, increases the number of dendrites from nerve cells in rats. See figure 2 for the structure of a nerve cell. An increased number of dendrites will lead to an increased surface area for incoming synapses. A hallmark of depression is a reduced number of dendrites which leads to reduced neural connections in the part of the brain that controls emotion, mood and anxiety. So, in theory, if DMT increases the number of dendrites and thus neural connections in the brain, this can undo the work of depression. Yale University and Janssen have created a ketamine nose spray that “rapidly relieves major depression and suicidal thoughts”. This further research into LSD and magic mushrooms provides evidence that we have many other options than ketamine. Studies into the use of recreational drugs to treat mental health are increasing, which is good news as the number of mental health sufferers, especially during the summer months when hay fever induced depression is at an all time high, is ever increasing.

There may be even more good news on the horizon for hay fever sufferers. Researchers at Aarhus University have found an antibody (check here to find out what an antibody is) that has the potential to prevent allergic reactions. When the allergen enters the body, a specific antibody known as immunoglobulin E (or IgE) is produced by our immune system. IgE travels to blood cells near the allergen that release chemicals, such as histamine, to cause an allergic reaction (hence why we take antihistamines to reduce the effect of hay fever). The researchers have found an antibody that blocks IgE from triggering other blood cells to release chemicals that cause an allergic reaction, hence the symptoms of a reaction are prevented. Clinical trials are currently underway to ensure the safety and effectiveness of this antibody as a way of preventing allergies.

So, this week in science we have found that there is a clear link between hay fever and mental health issues such as depression and anxiety. While some researchers suggest something as simple as a diet change to help reduce the effects of depression, more refined research is underway to find an efficient way to treat mental health. LSD, DMT, magic mushrooms, and ketamine are all recreational drugs that may have an alternative purpose in promoting neurone growth in the brain, reversing depression. Research in Denmark suggests that there may be a drug that can prevent allergic reactions, therefore curing hay fever and preventing depression that is induced by hay fever.

If you are struggling with symptoms of hay fever and/or depression, please do not hesitate to contact your GP. Useful sites include: